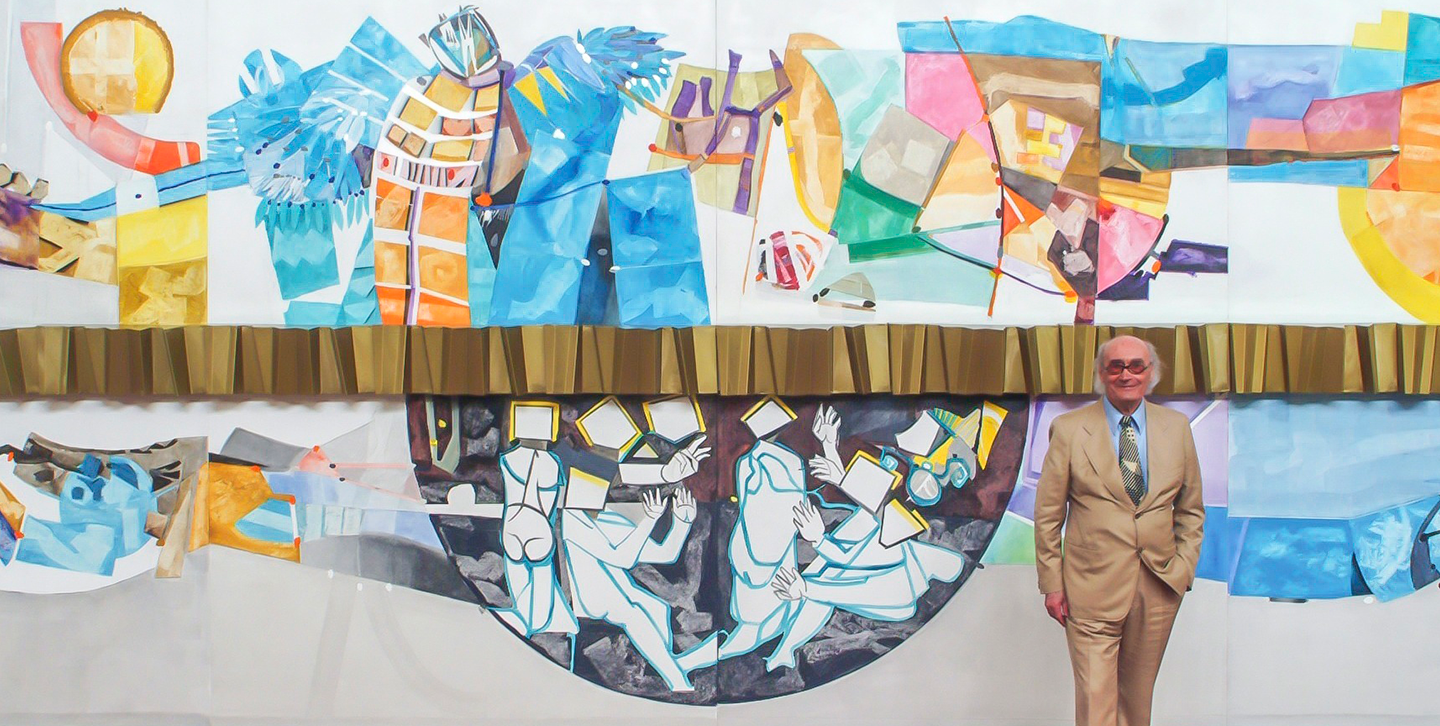 Livio Orazio Valentini was born December 24, 1920 in San Venanzo, Italy. When he was two years old, his family moved to Orvieto. At the age of 20, Livio was conscripted into the Italian army and served in Sicily, Greece and Albania. Because his army unit refused to go along with the dictates of the Nazis, Valentini was confined in Buchenwald and other concentration camps from 1943 to 1945.

At war’s end, he began studying art with Professor Fernando Puppo. In addition he gave considerable focus to iron and woodworking, art forms well known in Orvieto. Exhibitions in Perugia, Rome and Florence followed, with his works receiving national awards of merit. Through the years, his work was shown throughout Italy, Spain and Africa. A man of strong humanitarian beliefs, Valentini also participated in the Festival of Two Worlds, Artists for the Rights of Man, sponsored by Amnesty International.

Maestro Valentini showed remarkable breadth as an artist and teacher, producing sculpture in terracotta, forged iron and stone as well as etchings and numerous oil paintings. Significantly, Livio and his wife Flora were among the principle founders of Orvieto’s Istituto d’Arte where he taught life drawing for a decade. A prolific period of major exhibitions and commissions followed, culminating in a Valentini sculpture being selected to represent the great Italian artists of the twentieth century in an exhibit in Bologna.

The first American exhibition of Valentini’s art was in 1997 at the University of South Carolina Aiken (USC Aiken). In 1999, he returned to the campus as an visiting artist in residence. The result was the painting La Principessa nel Sole di Aiken, Valentini’s impression of a majestic live oak tree in Hopelands Gardens. In the year 2000, he was commissioned by USC Aiken to create Galassia, a major work combining painting and sculpture, now installed permanently in the Etherredge Center.

After a long, fruitful period of friendship and cultural exchange, Livio passed away on July 23, 2008. In 2018, Dr. Jeremy Culler curated the exhibition Livio Orazio Valentini: Orvieto Heritage and Aiken Legacy, a retrospective of USC Aiken's print collection and pieces commissioned by Livio's patrons in the city of Aiken. This website serves as our commemoration of Livio Valentini, our beloved friend and maestro.

The biography of Livio Valentini is available in select bookstores, and online.

Purchases made thorugh the Aiken Partnership Foundation will benefit the Valentini Endowment Fund.